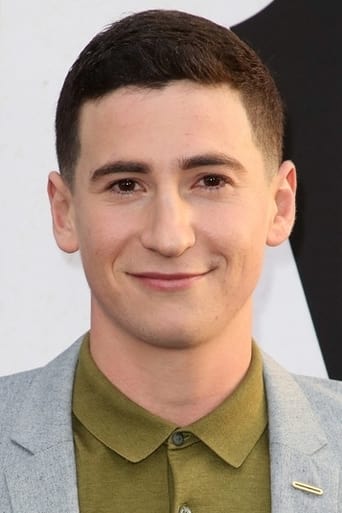 From Wikipedia, the free encyclopedia. Sam Lerner  (born September 27, 1992) is an American teen actor, who made his major debut as the role of Chowder in the 2006 Oscar-nominated computer-animated film, Monster House. Lerner also played a lead role in the feature film Envy as the son of Ben Stiller and Rachel Weisz. Lerner was a series regular on the Brett Ratner-directed "Untitled Diamond-Weissman pilot" for CBS-TV, playing the son of John Leguizamo and Claire Forlani. Before that, he was cast as the son of Wendy Malick and Sam Robards in the ABC-TV pilot, "My Life With Men." He has also appeared on the television shows Malcolm in the Middle, The King of Queens, Two and a Half Men, Oliver Beene, and Sonny With a Chance, and had a recurring voice role on the Cartoon Network show Whatever Happened to Robot Jones?. In August 2007 Lerner completed the recording of voice work for Zak Saturday, a character from the Cartoon Network show The Secret Saturdays. Lerner was nominated for the 2006 Annie Award for Best Voice Acting in an Animated Feature for his role as "Chowder" in Monster House. He was beaten for the title by Sir Ian McKellen. Description above from the Wikipedia article Sam Lerner, licensed under CC-BY-SA, full list of contributors on Wikipedia