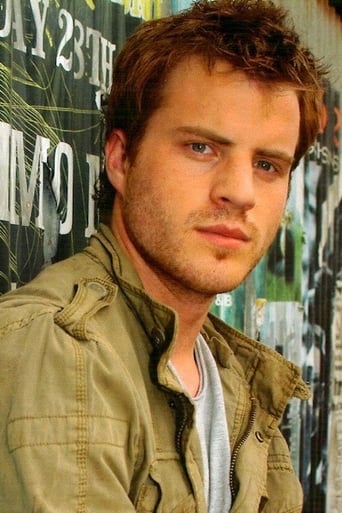 ​Robert Kazinsky was born in Cuckfield England and grew up in the seaside town of Brighton on Englands southern Coast. Kazinsky studied Theatre at the Guildford School of Acting from 2002-2005 graduating with full honors, shortly thereafter he was cast as the enigmatic Footballer Casper Rose in Sky Ones Footballing Drama Dream Team, he only starred in one season but his character was received so well that he won that seasons most popular character poll with a whopping 54.29% of the vote. After announcing his intention to leave in 2006 Kazinsky was cast as the disturbed and dangerous ex-military ladies man Sean Slater in Eastenders, In his 254 episodes Rob was nominated for 23 awards winning 7 including two Best Actor Awards culminating in his triumph at the British Soap Awards in 2008. In 2010 after guest stints on Law and Order: Los Angeles and ABC'S Brothers and Sisters, Kazinsky was announced to be playing Fili Oakenshield in Peter Jackson's The Hobbit but unfortunately had to withdraw for personal reasons.